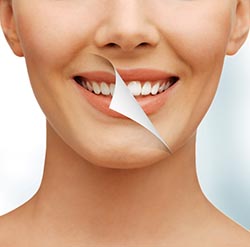 According to the Beverly Hills dentist group, a person’s smile says a lot about them.

It is a window into a person’s hygiene as well as a person’s health. Beyond that, a nice smile can keep a person looking younger and more vigorous. A white smile can be very inviting, while a crooked, stained teeth smile can be a major turn-off. Maintaining a healthy smile is not that hard to do. It takes a little bit of motivation and a commitment to adhering to a dental routine.

People associate a nice white smile with youth and vigor,

while stained teeth is typically associated with elderly people, because old age is associated with gum disease and tooth decay. Fortunately, there are some very basic steps a person can take to maintain a healthy smile which basically boils down to brushing three times a day, flossing daily, and visiting a dentist twice a year.

When it comes to flossing, one should floss whenever necessary. There is no set routine. Instead, one should basically floss after eating a meal or snack. Similarly, people should brush their teeth three times daily, or after a major meal.

These prescriptions seem like the easiest thing in the world to do,

but so many people don’t heed dentist advice. It seems that many people don’t heed the advice until it’s too late and they have done serious, irreparable damage. People tend to not take dental care seriously until it is too late, and that can be a major problem that ends up costing people a lot more time and money in the long run.

Many dentists sight the lack of gum treatment as a major problem.

Apparently, even people who do take care of their teeth ignore their gums, which is just as or even more important than the teeth. Statistic show that somewhere around 25% of the American population regularly floss, which is directly related to gum health. That means that 75% of the population will be left with major gum issues. A lot of people find it a difficult habit to maintain many simply don’t see the importance. That can lead to major adverse effects for Americans.
For more information about maintaining healthy teeth and gums, please contact Zadeh dentistry at 1-310-870-4749.