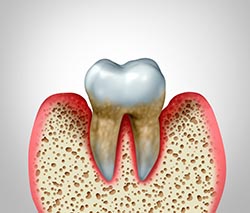 Since the beginning of recorded history, many cultures have reported that toothaches were caused due to tooth worm burrowing into the teeth and taking root. This spread across the globe, and references appeared in Egypt, Sumeria, China, and India.
Treatment for ‘tooth worms’ would be described as barbaric and immensely painful by today’s standards, if not also hazardous to one’s health! For smaller cavities, ancient dentists (who by the way, were also often your local barber as well!) would often funnel a smoke with gum and mild narcotics in the emulsion. This was also done by heating iron, so there were inherent risks with this. A patient could accidentally inhale the emulsion and have severe damage done to their respiratory system. Other treatments included use of herbs and charms to ease tooth pain. However, these were times when cavities were also rare.
Tooth worms were a common belief until the 18th century.
It was not until the introduction of sugar cane that cavities because a major problem, but few, if any, dentists made a correlations that the effects of sugar had on teeth. Before the advent of modern dentistry, primitive drilling and fillings were used, but more often than not, if a tooth was badly infected, it would be pulled. Now, imagine being told you had a tooth worm and needed your tooth pulled without any reliable anesthetic! Ouch!!!
This is why alcohol, particularly grain and distilled were considered the best, most easily available, and reliable analgesics up until the advent of modern anesthesia. A couple shots of whiskey or moonshine didn’t really stop pain, so much as distract and numb it. Some cultures also made use of opium poppies or cannabis oils, which had much the same effect.
For periodontal diseases, bloodletting and extractions were also used. This probably saved thousands of lives in the long-term, as removal of infected and damaged teeth reduced the likelihood of systemic infection. However, lost teeth became a fact of life, and given the limited science and amount of superstition during the periods which this type of medicine was practiced; most people simply just accepted it.
Nearly a thousand years after the introduction of sugar into Western Europe, a dentist named Pierre Fauchard, who is now known as the father of modern dentistry, rejected and debunked the idea and myth of tooth worm as the cause of cavities. In fact, he was likely one of the first dentists to believe that tooth loss did, indeed, not have to be a fact of life, but an avoidable circumstance.
He noted that sugar had detrimental effects on teeth and gums, and with the turn of the Industrial Revolution in the 1850s and sugar becoming far more prevalent in diets as it was cheaper and more readily available than fruit jams, honey, and butter as a taste enhancer, other dentists and doctors began to notice the effects of sugar on teeth. Until this period, fissure and pit caries were quite rare, but the increase in refined flour, white sugar, sweetened coffees and teas resulted in more of this type of cavity forming.
Finally, at the end of the 19th century, W.D. Miller conducted studies that resulted in the current theories of dental cavity development. It was observed that bacteria in the mouth, when exposed to certain carbohydrates (generally simple and refined), generated acid, and let bacteria that caused cavities thrive, were identified in the 1920s when samples from plaque and carious lesions were taken. The theory of the tooth worm was fully debunked.
Now, as something to consider, it was also found in the 1950s, that the acids and bacteria that cause cavities is transmissible, through experiments performed by Clarke and Fitzgerald with hamsters. That means, even if you totally removed and eliminated the acid and bacteria, eventually, through normal human contact, you would be “re-infected”.
As it has been true throughout history, it is important to deal with periodontal disease and cavities quickly. Neglect is one of the largest factors in tooth loss in modern times, and many problems, even if cavities and gingivitis do develop — can be stopped before they develop into more severe problems such as root canals, infections, and even tooth loss.